After listening to your feedback, we’ve made some tweaks on the cornering and scrubbing in the game, in order to make them more responsive to your inputs. We’ve even slightly modified the game progression, so you’ll get more value from playing the game! And finally, we have unlocked the Red Plate for the 450 classes!

Talking about customization, we’ve modified the plate numbers so now they can become bigger than before, while the problems with plates, numbers and clothing items are now solved.
We’ve made some improvements with the track editor, as long as modules are concerned.
A fix pass on UI and in-game graphics have been made, with minor fixes implemented.

Here is the summary of the new patch

Receive all the latest news about Supercross Videogame

Monster Energy Supercross 2 is the only Official Videogame out there: more than 80 riders from the 2018 roster, including the champion Jason Anderson, the superstar Eli Tomac and Marvin Musquin. Ride in both the 450SX and the 250SX categories. 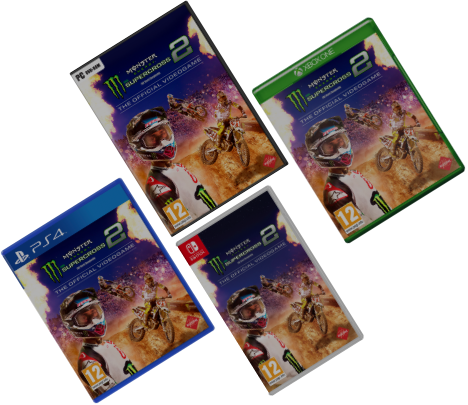